Today is Escape Pod’s 15th anniversary, and to celebrate we have two special announcements! 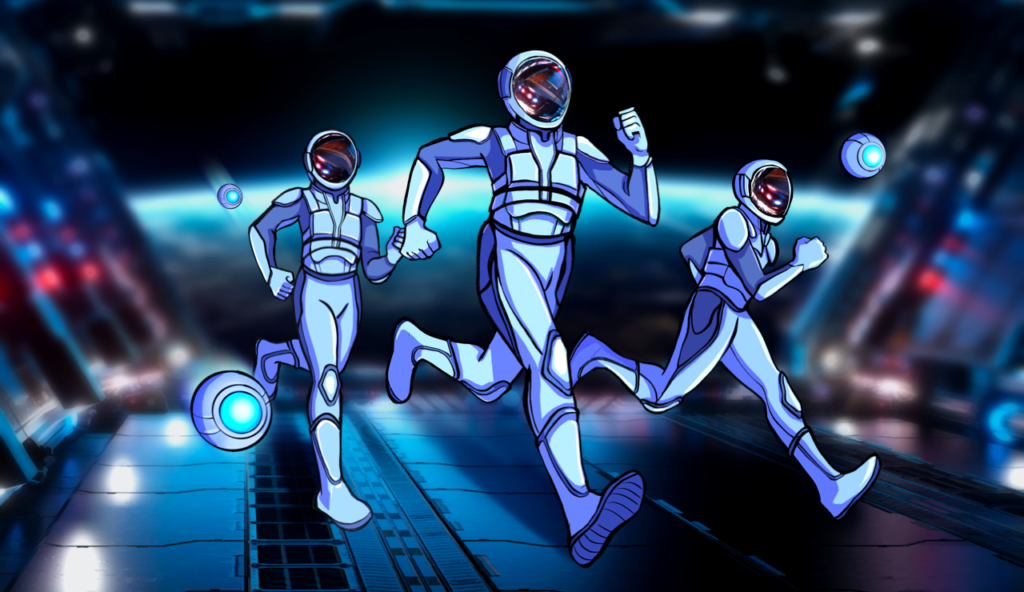 Six to Start and Escape Artists are excited to announce Wreck Runner, an epic three-part virtual race set in outer space. You join Solfleet’s elite Wreck Runner team, deployed to rescue stricken spaceships. But when ships come apart, that’s when you step up. Wreck Runners, aided by their highly adaptable AI drone swarms, are crisis specialists, trained in rescue, first aid, engineering and salvage. When the best are out of their depth, they call the Wreck Runners.

Aided by the fast-talking Eats and Captain Duffy, you barely have time to get your feet under you before the first call arrives. Training missions will take you from the edge of the atmosphere to an accident in the Jovian moons where nothing is as it seems, sending you hurtling into the biggest operation in SolFleet history. One that will reveal the darkest secret of the organization and change the Wreck Runners, and humanity, forever.

Written by science fiction veterans Mur Lafferty and Alasdair Stuart, Wreck Runner will be available as a free “New Adventure” in the Zombies, Run! app this August.

Special offers will be available for EA supporters — don’t miss out, become a Patron today!