This is not the Parsec Awards blog post we began writing a few days ago.

In light of recent events, Escape Artists is declining its 2018 Parsec wins.

EA co-owners Alasdair Stuart and Marguerite Kenner have been in consultation with both editorial teams and Mr. Pratt, and we have unanimously decided to reject both awards. We also reached out to Ms. Morris, but have not head back from her as of the time of this post.

Update 21 December: Ms. Morris also agrees with this decision, as mentioned on Twitter.

While this decision was easy to make given the circumstances, it was not made lightly. Genre podcasting is a small, intensive field, and countless people pour their efforts into these shows. We would specifically like to single out the editorial teams already mentioned in addition to hosts and assistant editors Setsu Uzume, Benjamin C. Kinney, and Tina Connolly as well as producers Peter Wood, Peter Behravesh, Adam Pracht, and Summer Brooks. Without them and the legions of other people working at every level of EA, these episodes would not exist. We would love for their hard work to be recognized and rewarded, as it richly deserves to be.

But in the current state of affairs, that can’t happen. The systemic failure of care that has taken place with this year’s Parsec Awards can’t go unanswered and this is one of the strongest ways we can express our displeasure.

No one should be made to feel unsafe or threatened. It’s maddening that such a simple concept should still be considered a stance and not embedded in the foundations of every single organization. No situation involving a group of people is apolitical; to claim to act in such a way as justification for a lack of forethought is willful ignorance.

This is also a situation which puts astonishingly unfair pressure on every winner. We empathize with our colleagues placed in this situation and offer them all our solidarity, respect, and empathy. We share the sentiments of Pendant Audio and thank the victims for their bravery in coming forward.

We choose to stand with our inclusive podcasting community. We wish the Parsec Awards had chosen to stand there as well.

Today’s the last day for Nebula nominations and the Hugo nomination portal is open now! For your convenience and consideration, we’ve assembled all the EA eligibility posts for you, Avengers-style!

Each of our shows are eligible in Semiprozine categories, and their editor(s) are eligible in Editor: Short Form categories. Click any image to be taken directly to each show’s list of 2018 original publications. 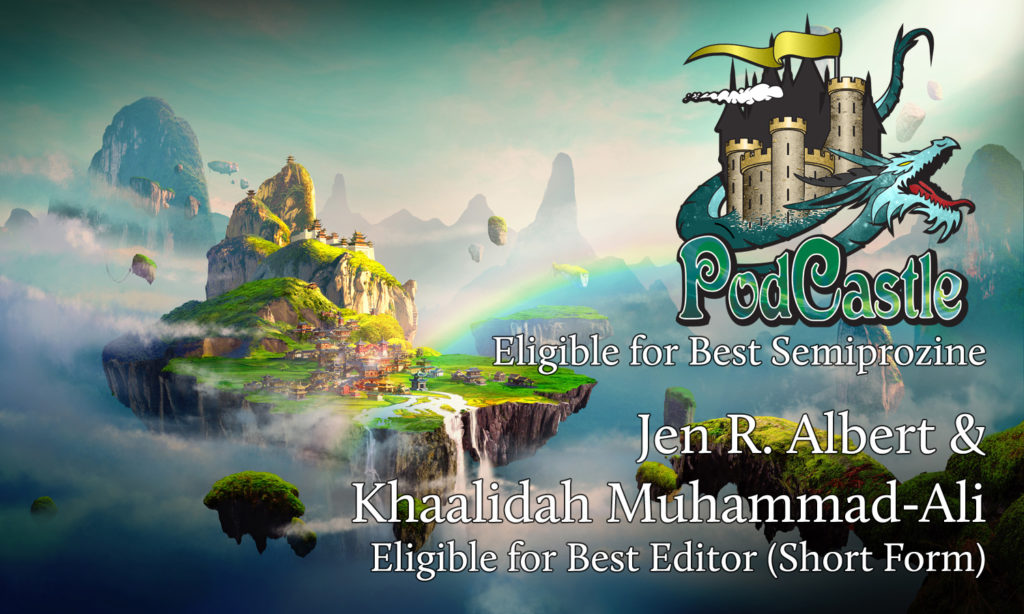 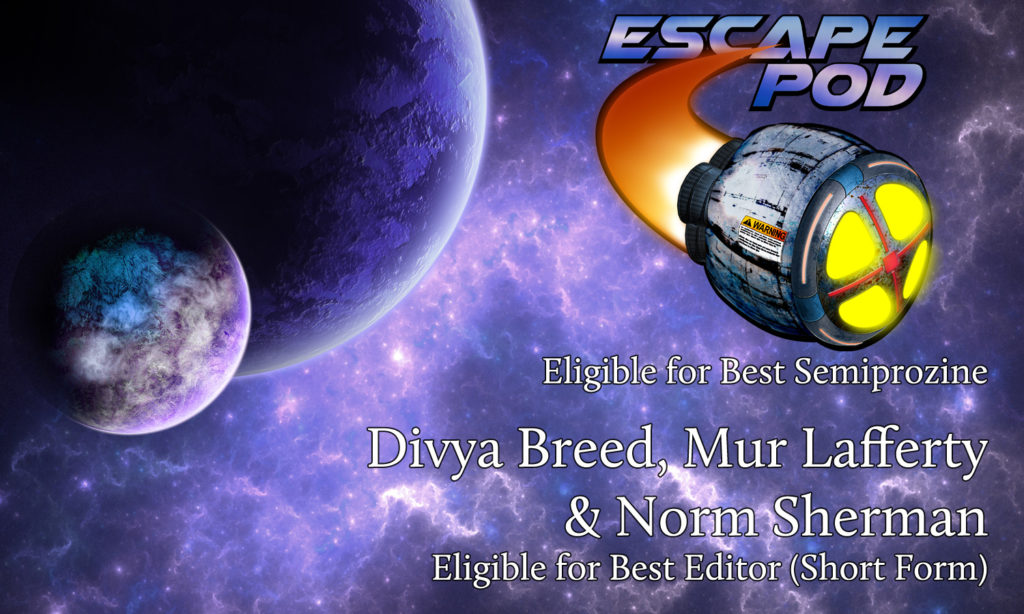 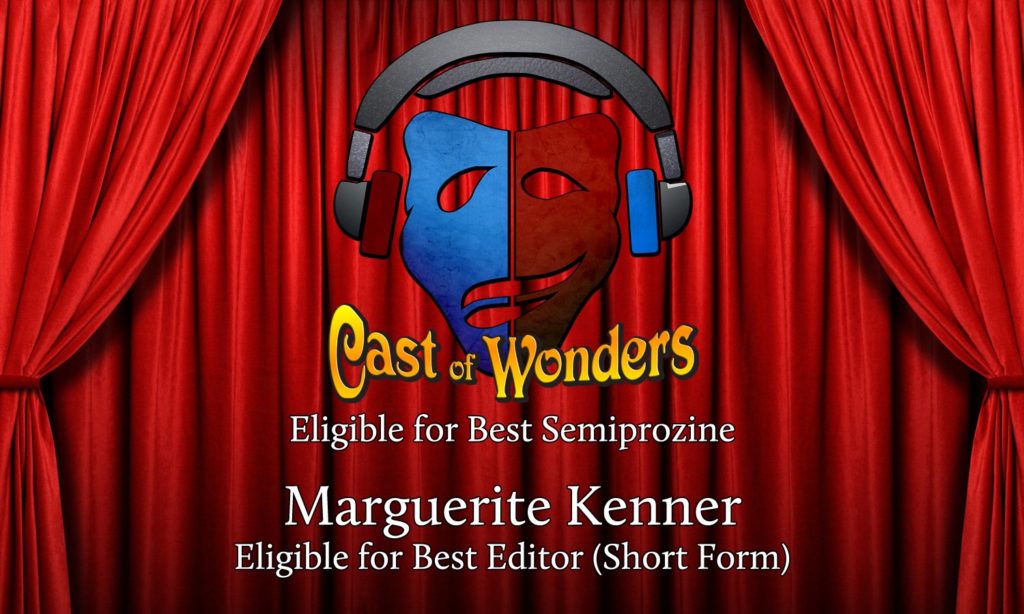 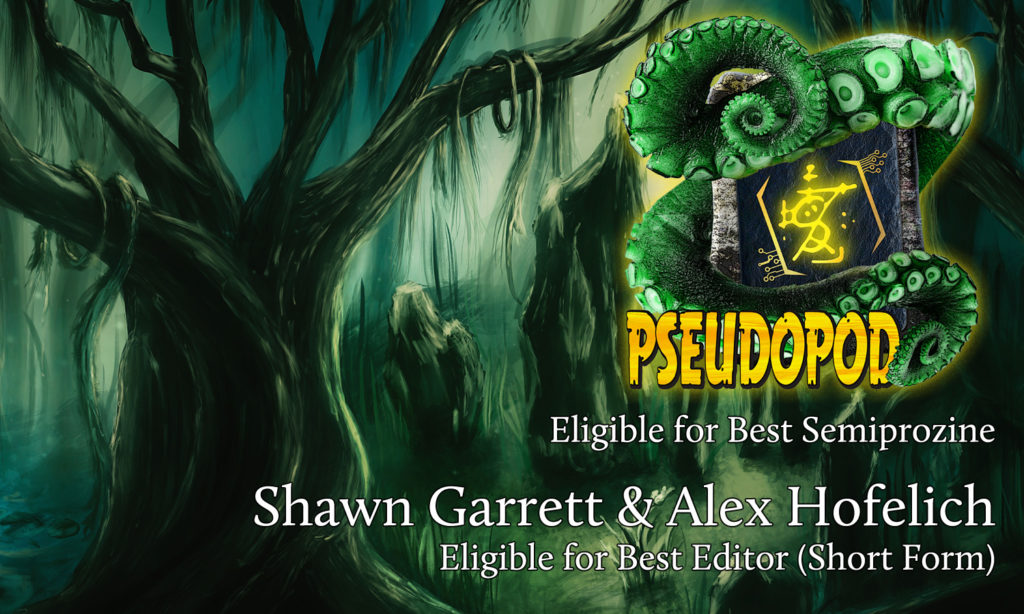 And don’t forget our own talented EA family! Many of their individual eligibility posts are available here: