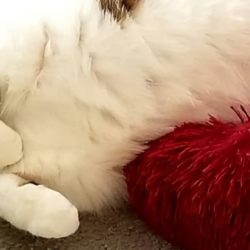 What Cats (and Dragons) Do

Far away in the hill country, there lived a small black cat. Though people enough lived in a nearby town, he belonged only to himself. Sometimes he climbed the town’s old stone walls and prowled its old stone lanes, for he was very fond of sunny window ledges and fresh milk.

If he was lonely, he didn’t think much of it. A cat feeds well enough on its own company.

On this particular day, the cat was curled fast asleep on the hillside. Pale trees whispered under a bleached summer sky. Long grass drooped in the heat; morning light fell like shards of white glass.

Sudden rumbling shook the morning. Like a muddy river, a dragon surged from the hilltop. Wingless, sinuous, it scuttled on four stumped legs and nearly tripped over the cat in its haste. Righting itself, the dragon gave a slow, lipless smile. Its jaws opened wide, jagged teeth dripping — 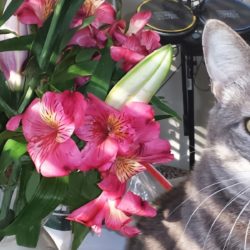 Tin Opener originally appeared in From A Cat’s Point of View in October, 2019

This month’s featured cat photo is “What Flower” featuring Zippy, by Bill Shields.

This month’s CatsCast is Tin Opener by Jennifer Hudak. It’s available on the Escape Artists Premium Content feed on Patreon for patrons at the Premium Content level (that’s $5 a month) or above. We’ll be back here in the free feed next month. In the meantime, here’s a sample of what’s playing over on Patreon.

More than that, she was a witch, and a good one. A crone for the village, a sharp mind, and a healer. She knew the best way to mend broken bones, and how to scratch my ears so that I purred deep and long in her lap. I liked her, and they killed her. A poor choice.

Read or listen to the rest on Patreon. 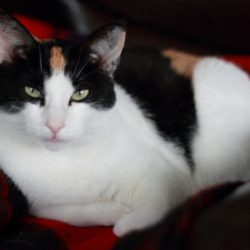 The Cat Lady and the Petitioner originally appeared in Translunar Travelers Lounge, August 2020

The Cat Lady and the Petitioner

Her ankles wobble over brand-new high heels, and her smart jacket is slightly itchy and entirely unsuited for the warm weather. She lifts one aching foot and then the other out of her stiff, uncompromising shoes. Her life stretches out before her, a long walk down an endless road hemmed in on either side by door after closed, splintery door.

Reaching out two pink-lacquered fingers and one pink-lacquered thumb, she delicately lifts up the knocker—brass, cat-shaped, with a tail curled in a circle. When Laurie raps the knocker three times against the base, the tail twitches underneath her fingers.

Latest From Cast of Wonders